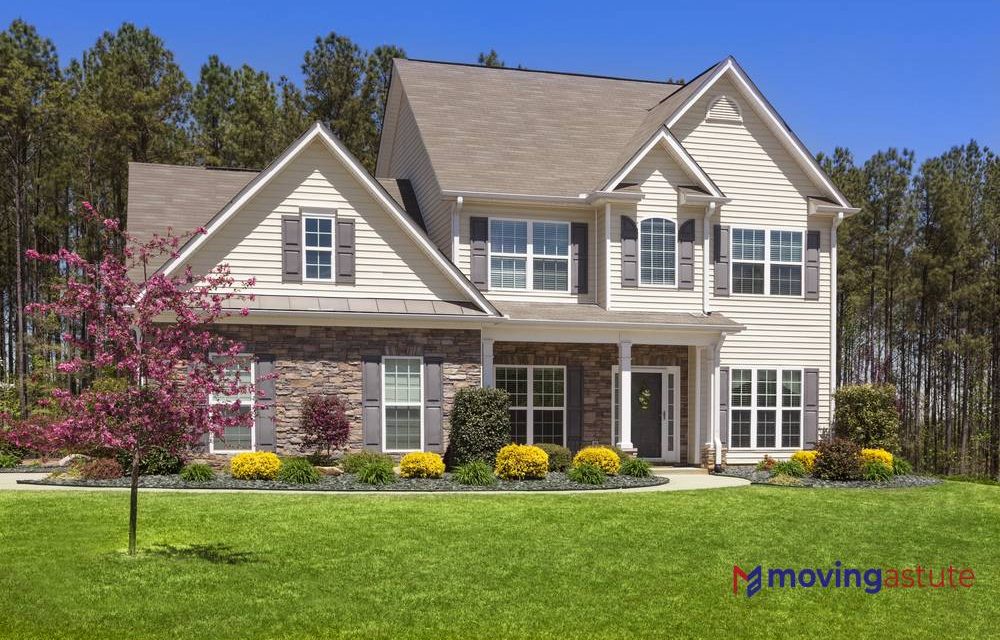 The past year has been difficult for most of us. The pandemic forced each one of us to stay inside and create our own worlds within our homes. Your home has been your restaurant, your gym, your office workspace, and whatnot! But have you ever thought about how difficult (financially speaking) this period might have gotten for people who do not own their homes?

If you don’t own a house, paying rent can take a toll on you. Similarly, paying off your mortgage (home loans) is no simple task either. In this sort of situation, owning a mortgage-free home is truly a blessing! Did you know that more than half of American homes are not mortgage-free yet? At the same time, some states have a lot of mortgage-free homes and some do not! Want to know which states these are? Read on to find out more!

Before we begin with our countdown list, you might want to know how these states were chosen. The data that is going to be presented has been derived from the US Census Bureau’s 2017 American Community Survey. A combination of the following three things was considered to find the top ten states with mortgage-free homes.

Now, tighten your seat belts! Let us begin our countdown of the top 10 states that have mortgage-free homes.

The name Sunshine State itself strikes a warm feeling in your heart, doesn’t it? The sunny beaches along with their adventurous water sports attract a lot of people who want to live their life to the fullest. Apart from that, the housing costs in this state are lower than most of the states of the USA. To add to that, the state does not charge its residents an income tax, which makes their life even more comfortable.

Florida stands out in our list because it has the maximum number of owner-occupied housing units. The best part about it is that 2.2 million housing units out of that are totally mortgage-free! Although this is a large number, the percentage of mortgage-free homes (when compared to its population) is still comparatively less. That’s why the state has scored the 10th rank!

The ‘Sweet Home Alabama’ that has witnessed several grand historical happenings, surely offers a ‘sweet’ deal to all its residents. The stunning landscape along with the delightful food makes life enjoyable here. The state is known to have a classy college football scene. Alabama also has a rich musical heritage and it hosts several upbeat festivals throughout the year.

Living in Alabama comes with its own set of benefits. The cost of living here is exceptionally low. To add to that, it has the second-lowest property rates in the nation. If this wasn’t enough, a large proportion of its population owns mortgage-free homes.

Moving to a state like South Dakota that offers one a charming country living experience along with the perks of urban living is certainly a smart decision. The state is bursting with job opportunities. You can choose to work in any sector (agriculture, tourism, tech, economics, health care, mechanics, and so on) you want, there is absolutely no limit to what you could do.

Additionally, it is also one of the best places to start a business. Its residents have to pay less for almost everything (taxes, living costs, etc.) and achieve nothing but success. Moreover, it falls behind Arkansas by only 0.05% when it comes to owning mortgage-free homes.

The ones who love to live in a tight-knit and friendly community should definitely consider moving to Arkansas. The residents of this state love to spend a lot of time outdoors and why wouldn’t they? The spread of innumerable rivers, lakes, mountains and waterfalls truly make Arkansas a beautiful place to stay in.

Arkansas is the second cheapest place to stay when living costs are considered. This quaint little state has an economy that is mainly based on agriculture and tourism. The best part about it is nearly half of its residents own mortgage-free homes. Homeownership Data of Arkansas

The Sooner State is home to people coming from different races and cultures because of which the state is a rich melting pot of cultures. The fact that it prioritizes the education of its residents is proven by the presence of some really great colleges. The state also provides its residents with the best part of all four seasons.

You have probably heard this before but the Sooner State has one of the fastest-growing economies in the country. It seems that its residents are quite speedy in paying off their mortgages as well.

Do you think you will enjoy living in the midst of lush green farms and big gorgeous ranches? If yes, then you should certainly consider moving to North Dakota. Along with a peaceful rural life, one can also choose to get a taste of urban living by moving to one of the cities in this state. The state ticks all the right boxes, it offers plenty of job opportunities, prestigious educational institutions, and has a low crime rate.

Living here feels nothing less than living with your big extended family. Everyone is super friendly and helpful. To top it off, North Dakota is also a tax-friendly state. Along with all this, the percentage of people owning a house free of a mortgage is quite high.

The state of New Mexico is rightly called the ‘Land of Enchantment’. You can rest assured that every aspect of this state will leave you enchanted. It offers its residents a scenic landscape and a starry beautiful night sky. There is a diversity in the ethnicity of the residents and they instantly make you feel one of them after you move there. New Mexico is not only a cultural hub, but it also has an ever-growing job market.

If you are a wine connoisseur, moving to New Mexico will make your life super interesting and enjoyable. Among all the other midwestern and southeastern states that have a majority of mortgage-free homes, New Mexico makes the western part of the country shine brightly.

Also Read: 15 Reasons to Move to The Midwest

If partying every now and then is what you enjoy, Louisiana is calling out for you! The upbeat vibe of this state is created by its residents who love to celebrate each and every part of their life lavishly, be it food, music, or anything else. This musical city has been home to many legendary musicians. Nothing can beat the warmth you feel in your tummy after having the delicious, and mouth-watering food of Louisiana.

If this wasn’t enough, Louisiana also has a lot of prestigious schools and universities established within it. The streets of Louisiana are decorated with really pretty French-influenced homes and an impressive proportion of these homes are mortgage-free.

How many of us have gone one Mississippi, two Mississippi, and so on throughout our childhoods? As much as it was fun counting your numbers like that, you would have much more if you moved to the Mississippi. The wide variety of geographical terrains and beautiful water bodies make Mississippi a very outdoorsy state. Moreover, the economy of this state is supported by the strong agricultural sector and the manufacturing industries.

The educational institutions and the entertaining casinos are equally abundant in the state. To add to this, Mississippi has the lowest cost of living throughout the nation (pay attention, fellows!). Mississippi is also famous for having the second-highest number of mortgage-free homes.

West Virginia offers the right blend of peaceful, picturesque small-town life and vibrant urban ways of living to its residents. The majestic mountains and the verdant landscapes are the heart and soul of all adventure seekers. The autumn and winter scenes in West Virginia will literally take your breath away!

West Virginia is heaven on earth for all music lovers. To add to that, life here is quite cheap, you don’t have to sweat over having to spend a lot of money to live a comfortable life here. However, the most impressive achievement of its residents has to be the fact that the mortgages on more than half of the housing units have been already paid off!

Top 10 States with the Least Number of Mortgage-Free Homes

What percent of US homes have no mortgage?

What is the average age to be mortgage free?

An American becomes mortgage free by the average age of 57. By this time, all their mortgages are paid off and they can live a stress-free life post this.

What state is the cheapest to buy a house in?

Indiana is the state with the cheapest housing rates. The median home price in Indiana is $156,000 and the median rent in this state is $940.

Also See: List of Best Out of State Moving Companies | Most Expensive States of America