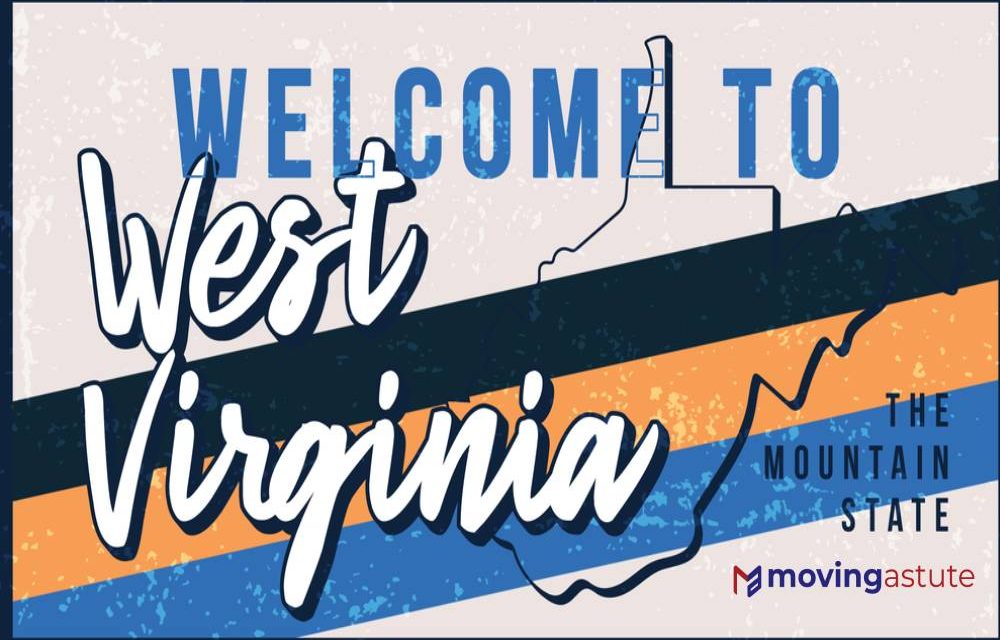 West Virginia is often dubbed as ‘The Mountain State’, and for the right reasons. You might have heard ‘Country Roads’ by John Denver, where he mentions West Virginia’s most scenic landscapes like the Blue Ridge Mountains and Shenandoah River. West Virginia is certainly an outdoor enthusiasts’s paradise, to say the least. After all, you get to indulge in everything from rock climbing and mountain biking to fishing, skiing or whitewater rafting.

The state’s beauty is not just limited to the huge Appalachian Mountains. You can also explore the state’s flora and fauna in the Spruce Knob-Seneca Rocks National Recreation Area. But there are still some practical aspects of moving to West Virginia that you should consider. So, if you’re curious to know more about the state, keep reading as we unfold the essential information about the state’s economy, transportation infrastructure and more.

What Should I Know Before Moving To West Virginia?

Located in the Appalachian, Mid-Atlantic and Southeastern parts of America, West Virginia has a population of as many as 1,792,147 people. The city of Charleston is the capital of West Virginia. The states of Pennsylvania and Kentucky border the state towards the north and southwest, whereas the eastern and northwestern parts are bordered by Maryland and Ohio. The total area of the state is as much as 24,230 sq mi, making it the 41st largest state in terms of its total area.

If you go towards the south of the Spruce Knob-Seneca Rocks National Recreation Area, you will be charmed by the 1,000 feet deep gorge at the New River. If you like exploring the different kinds of forests and vegetation, you will be stunned by the oak trees, chestnut, white pine and willow trees at the Appalachian and Blue Ridge forets. If you are most interested in tasting different cuisines, exploring the art, fashion and sports, then you will be thrilled by the city lifestyle in West Virginia, especially in the metropolitan city of Charleston.

You’ll naturally feel like moving to the state considering the amazing things you can do in a state surrounded by mountains. However, we want to remind you that you also need to look at other things like how safe you will be if you’re residing in West Virginia. The crime rate for violent crimes in West Virginia is around 3.17 per 1000 people according to NeighborhoodScout. So your chances of being a victim for violent crimes is 1 in 316 people. The crime rate for property crimes in the state is around 15.83 per 1000 people, as stated by NeighborhoodScout. Which means your chances of being a victim for property crimes is 1 in 63 people.

West Virginia is known to have a humid subtropical climate in which the summers are usually hot while the winters are really chilly. The weather may differ in various parts of the state. For instance, if you go towards the southern part which has highland areas and mountains, you will experience summers a little cooler, while winters may seem a little moderate. If you want to experience the hot summers, July is the best time to visit West Virginia, considering how the temperature ranges from 66.2 degree Fahrenheit to 75.2 degree F. This especially happens in the northern part of the state near the North Branch Potomac River, and the temperature at times tends to increase if you go towards the western part of the state.

If you want to experience the cool and chilly weather in the winters, then January is the best time to visit the state. To give you perspective, the temperature ranges from between 24 degree Fahrenheit to 41 degree F. The state experiences an annual precipitation of around 810 mm to 1,400 mm especially in the months of April to September.

Is It Expensive To Live In West Virginia?

This is something you should definitely ask yourself before you get carried away by the beauty of West Virginia. You need to be smart and very realistic when you plan your move. After all, there are several other things like your housing expenses, phone bills, food prices and commuting expenses that you will have to meet once you move into a new state.

Cost Of Living In West Virginia

Buying a house in West Virginia will seem affordable to you as your median house cost would be around $115,000, which is relatively cheaper than the U.S national average of around $204,900 as stated by 24/7 WallSt.

Renting a house in West Virginia will be cheaper for you as your median average rent would be around $711, which is way cheaper than the U.S national average of around $1,023 as stated by 24/7 wallst. Numbeo has also given the estimated rent for apartments based on their location, size and number of bedrooms. If you are a single person looking for a one bedroom apartment in the center of the state, you will have to pay around $766.67 per month.

Apart from the nickname ‘The Mountain State’, West Virginia was also known as ‘The Cog State’, in which COG stood for coal, oil and gas. After the state of Wyoming, West Virginia has been known as one of the leading coal producing states in America. The coal production in the state declined in the year 2013 by around 40%. Tourism is another leading industry that constitutes for around $2.7 billion of the state’s economy. Popular spots of Seneca Rocks and Monongahela National Forest are some of the places that attract tourists to enjoy various activities like fishing, rock climbing, hiking and whitewater rafting.

The West Virginia University in Morgantown is definitely worth considering as it offers as many as 200 Bachelor’s, Masters, Doctoral and other professional programs. If you are looking for a beautiful campus full of diversity and culture, you should definitely visit the University of Charleston in the metropolitan city of Charleston.

Getting Around West Virginia

You can travel to around 15 cities in West Virginia by bus, in which your bus ticket for the top most routes will cost you around $46 as per Wanderu. The cheapest bus ticket available for you would be around $1.00, while the most expensive bus ticket will cost you around $143 as stated by Wanderu. The Barons Bus Lines will provide you with the best bus services as they will connect you to around 9 cities within the state and also from 58 other locations to West Virginia. There’s also the Jefferson Line that will connect you to West Virginia from 124 locations outside the state. Apart from that, there’s the Greyhound that will not just connect you to 3 cities within the state but also from 128 locations outside the state.

Located in the Monongalia County near the Monongahela River, Morgantown has a population of as many as 138,176 people. If you are fascinated by the artistic traditions and various cultures of history, then you should definitely visit the Art Museum of West Virginia University in Morgantown. Not only do you get to see various historical collections, but you also get to enjoy various educational programmes and musician performances at the museum. You will be marvelled by the sights of beautiful gardens in the 82 acres of West Virginia Botanical Garden in the state where you can enjoy hiking or take a stroll through the beautiful botanical gardens. The best part about living in Morgantown is that you get to experience both the town and city lifestyle.

Located in Harrison County in West Virginia, Bridgeport has a population of as many as 8,149 people. If you are a sports enthusiast, then you have to visit the Bridgeport Recreation Complex, where you get to enjoy baseball and basketball tournaments. If you want to go shopping around the city, you have to stop by the Meadowbrook Mall at Bridgeport, where you can shop or grab a bite at the various eateries in the mall. The best thing about living in Bridgeport is that the median income is around $84,383 every year.

Located in Kanawha County in West Virginia, South Charleston has a population of as many as 12,475 people. If you are interested in knowing about the history of the place, you should definitely visit the South Charleston Mound where you will learn more about the Adena Indians and much about the local history of the place. You can also enjoy being in nature exploring the Little Creek Park that not only offers different sports activities like soccer, basketball and baseball, but also has an old saw mill and an exquisite rock formulation called ‘The Devil’s Tea Table’. The best thing about living in South Charleston is that the median income is around $53,713 per year, which suits the low cost of living.

Is West Virginia A Good Place To Live?

If you’re considering West Virginia as your next place to live in, we advise you to plan a budget for yourself and for your entire family if you want to move with your family. First of all, the state is definitely worth living because of its beautiful nature surrounded by mountains. However, we want to remind you that the state is very chilly and cool in winters, so you will have to deal with the frequent snowfall that occurs in the state, especially in the month of January. In terms of taxes, housing and utility prices, the state is quite affordable. So if you have enough money to settle in and if you’re satisfied with the state’s amenities for you, then you should surely consider moving to West Virginia. 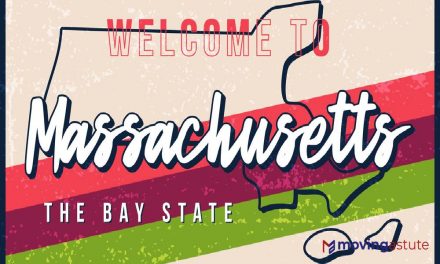 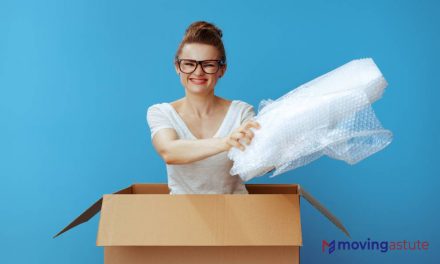 Best Packing Materials And How To Use Them 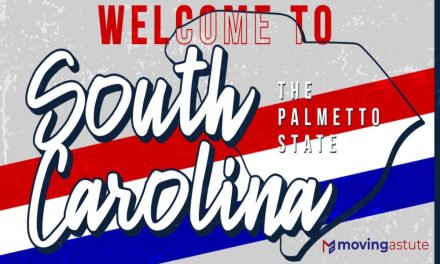 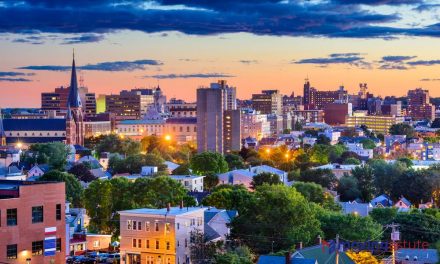