7 Safest Cities In The US 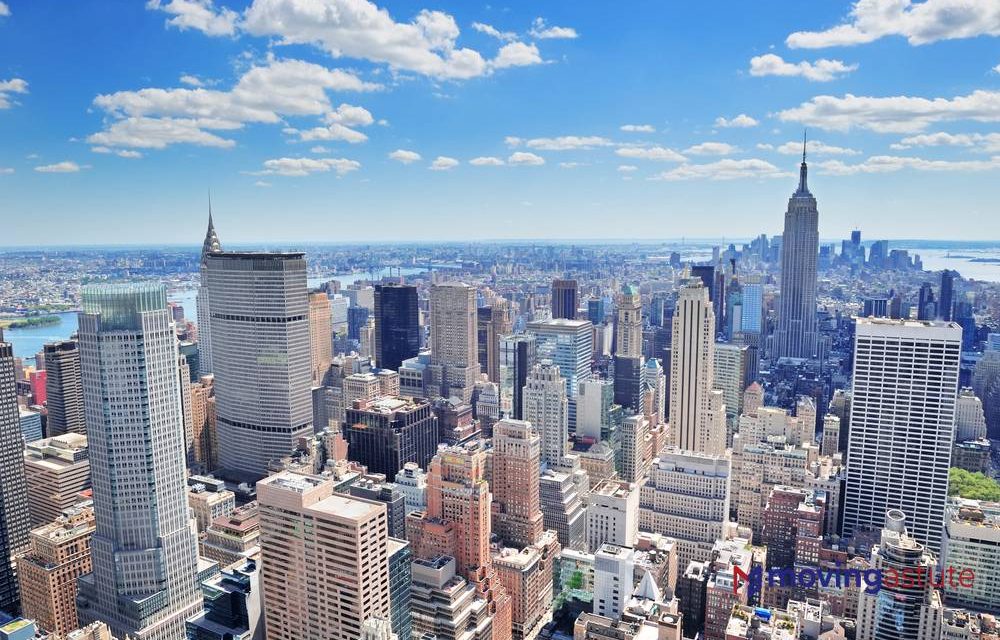 Before planning to move to a new place, probably one of the first things that you would want to know about is how safe is the city, right? Whether you’re a student moving out of your house for your career, or an individual who’s wanting to settle with family, safety and security are going to be among your top concerns. While many cities in the nation offer umpteen opportunities of all kinds, not all may be an equally safe space to reside in.

Taking into consideration various parameters like the crime rate, vulnerability to natural disasters and other hazards like accidents, we’ve compiled a list of some of the safest cities in the US. Let’s not wait any further and dive right into the deets of these cities.

Top 7 Safest Cities In The US

For the last three consecutive years, Columbia has been ranked as the safest city in the US, according to a study conducted by WalletHub. There were three major criteria based on which the study was conducted across 182 cities. And these were – home and community safety, natural disaster risk and financial safety. Columbia ranks 3rd, 63rd and 77th respectively, on all these parameters. While no other Maryland city made a cut in the list, the principal city of Columbia, made it to the top and is also considered among the best places to live in the country.

Located in the Howard county of Maryland, Columbia has plentiful amenities and offers a good quality of life for families and individuals alike. The cost of living in Columbia is around 20% higher than the national average, mainly due to its expensive real estate market. With an unemployment rate of only 3.2%, Columbia also offers a high per capita income. On an average, you can expect a salary of around $100,200 in Columbia, as per Bestplaces. All in all, Columbia ranks well both in terms of the safety parameters, as well as a decent standard of living.

A city that is home to many corporate headquarters including Alliance Data, Dell Services and Pizza Hut; Plano has also consistently been ranked amongst the safest cities in the US. Along with having a thriving economy, Plano is also rich in art and culture. Schools in this Dallas suburb are highly rated, making the city an ideal place for many families with children. Along with being considered as one of the best places to live in the Lone Star State, Plano has been ranked 2nd in home and community safety and 44th in financial safety. When spoken about the risk to natural disasters, the city ranks 113th in the study conducted by WalletHub.

Many people are also choosing to call the city of Plano their home because of the affordable cost of living it offers. From groceries, utilities and transportation to healthcare, all expenses in Plano are more or less centered around the national average, except the housing costs that are on the higher end. With the recent job growth of around 3.3%, Plano can be a promising city for many young professionals looking to expand their career. That said, the city is also infamous for having extreme weathers and heavy traffic during commute. But if you’re ready to overlook these concerns, then Plano is all set to welcome you with a touch of their own Texas authenticity.

With a plethora of amenities, excellent entertainment options and raving food scenes, Gilbert can easily be a place that many of us would love. Add to this the fact that Gilbert is considered amongst the safest cities not just in Arizona but also in the US, and you know why the city is so popular among many people calling it home. WalletHub ranks this city 7th for home and community safety, 14th for the natural disaster risk and 66th in financial security. Gilbert also has a charm of its own, as it offers modern day conveniences with the small town feel. This explains why the bustling suburb also prides itself in being one of the happiest cities in the nation.

If you’re wondering what the expenses would be like living in this booming city, let us tell you that the overall cost of living in Gilbert is a little over the national average. It is mainly the housing and transportation costs that account for the high expenses. However, the convenient location of the city makes it very accessible to reach many major metropolises including Phoenix. Overall, Gilbert surely looks to be a city that has something special to offer to everyone.

See also: Moving From California To Arizona | Relocating to Arizona

As one of the smallest cities with a population close to 20,000 inhabitants, South Burlington takes the fourth spot on our list of the safest cities in the US. According to the study conducted by WalletHub, this small city located in the Chittenden county of Vermont, ranks 3rd in financial security and is also amongst the safest in the risk to natural disasters category. Home to Ben & Jerry’s headquarters, South Burlington has good college amenities and outdoor recreation activities.

Even though the city ranks well in terms of financial security, the overall cost of living is still a little higher than the national average. According to Bestplaces, along with high tax rates and housing costs, other expenses like groceries and utilities are also comparatively high for a town this size. Depending on what it is that you’re looking for, moving to South Burlington, Vermont may or may not be the best choice for you.

For many of us, the name of this city itself makes it an exciting place to live. Yes, all water babies would surely be thrilled living on the beach. Along with pleasant weather and amazing landscapes, Virginia Beach has a lot to offer, which makes it a popular destination to live. Ranking 11th for home and community safety and 44th for natural disaster risk, Virginia Beach is among the most populous safe cities on our list.

One of the main reasons why more and more people are flocking to Virginia Beach is probably the affordable cost of living the city offers. While the housing costs are a little over the expensive side; groceries, utilities and transportation costs are all below the national average, according to Bestplaces. And with an unemployment rate of just 2.7%, Virginia Beach can definitely be an ideal place for young professionals wanting to open a start-up or even find a good job. So, along with being one of the safest cities in the US, Virginia Beach is also filled with a host of opportunities for all. No wonder, the population of this bustling city is growing at a steady rate and is already close to half a million!

The city of Nashua has been consistently earning a spot for itself in the list for best places to live in America, by Money magazine. Known for its rich history and picturesque natural beauty, Nashua offers a perfect blend of wildlife adventures and city life enjoyment. In the latest study conducted by WalletHub, the city ranks 16th for home and community safety and 45th in financial security. The overall crime rate in Nashua is also below the national average, making it one of the safest cities to live in the US.

You will have to be prepared to bear a higher cost of living, if you do choose to move to Nashua. According to Bestplaces, from groceries and utilities to housing expenses, all costs in Nashua are comparatively higher than the national average. But here’s something that makes the city stand out from the rest – as a New Hampshire city, Nashua inhabitants are free from paying any sales tax and personal income tax. However, the property tax rates here are amongst the highest in the nation.

Known as the coastal city that offers plenty of recreational activities and scenic beaches, Warwick has earned a spot for itself in our list for the safest cities in the US. The city ranks 20th and 22nd for home and community safety and natural disaster risk respectively, in the study conducted by WalletHub. Warwick has an attractive downtown and is also rich in art and culture, making it a popular destination in the Ocean State.

You can be assured that the costs of living in this coastal city are not going to be burning a hole in your pockets. That’s because one of the main expenses, that is housing costs in Warwick are below the national average, making it easier for you to own a house here. That said, the other costs of groceries and utilities are a little on the higher side, but still comparatively lesser than many other major cities.

What City In The US Has The Lowest Crime Rate?

Also Read: How To Find A Good Neighborhood?

What Are The Top 10 Safest States In The United States?

Maine, the north-easternmost state of the nation is considered to be the safest state in the United States. Following close by are the states of Vermont, Minnesota, Utah, Wyoming, Iowa, Massachusetts, New Hampshire, Connecticut and Rhode Island.

Knowing that the place you’re at is safe and secure also contributes positively to your well being, right? If you’re planning to move to any of these cities mentioned in our list, you can be assured that safety wouldn’t be a concern bothering you. However, not all parts of the cities can be generalized under one level of safety, they may differ based on the neighborhood you choose.

So, we suggest, wherever it is that you’re planning to move to, do look up for the amenities available in that area as well as the crime rate prevalent, and only then make a decision based on what suits you the best.

See Also: Top Rated Out of State Moving Companies in U.S. | 7 Safest States in the US