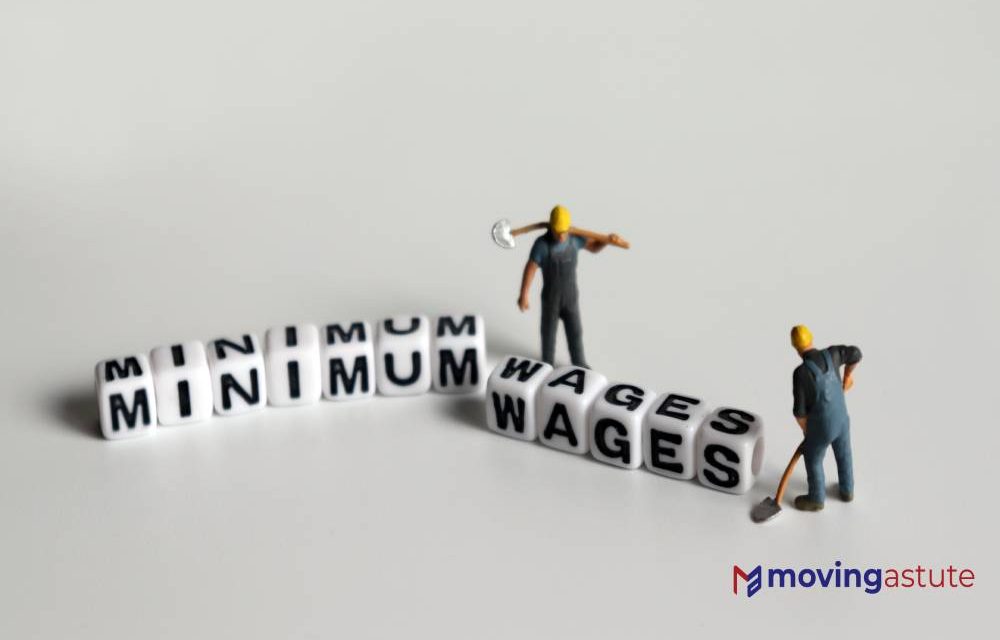 From the Big Apple to the City by the Bay, America’s cities are known for their vibrance, their unique characteristics, and the fact that there’s a city for everyone, no matter who you are or what you like. But all this glitz draws people to the cities like moths to a flame, and they’ve been growing at quite the rapid rate. People move to other cities with the hopes of better jobs and thriving cultures, and as the population numbers go up, so does the cost of living.

Taking into account factors like the cost of living, the minimum wage, and the livable wage, we’ve estimated the least livable U.S. cities for minimum wage earners.

If your salary doesn’t keep up with rising costs, it can get hard to live comfortably, particularly for people earning minimum wages. Bills and mortgages start to pile up, and simply working one minimum-wage job doesn’t cut it at all. People working multiple jobs to pay their bills is becoming increasingly common, particularly in cities where the livable wage is much higher than the minimum wage. Here’s a rundown on the difference between the two.

The minimum wage is an amount set by law, and as of writing this article, the federal minimum wage is $7.25 an hour or $15,080 a year. Minimum wages need to keep up with rising costs so that everyone can manage to get by, even when earning a minimum wage. This is different from the livable wage that is determined by the average cost of living. The livable wage tells you just how much you actually need to earn in order to have enough for your basic essentials like paying rent and buying food to eat.

Minimum wages and livable wages differ from city to city, particularly since many states and cities have their own minimum wages to ensure that residents can at least break even. As of 2021, 29 states plus the District of Columbia have a higher minimum wage than that of the federal wage floor. Knowing the difference between the two wages is important, especially if you’re a minimum wage worker looking to move to another city.

Comparing the minimum wage and average rent for a 1-bedroom apartment, these are the cities you’d want to avoid if you’re a minimum wage earner looking for a better life. We’ve also included the livable wages for each city’s county.

With an estimated 2020 population of 988,218, the capital city of the Lone Star State is also Texas’ 4th largest city. It’s currently growing at an annual rate of 1.23%, and no wonder; with great live music, delicious food, and a vibrant culture, Austin has loads to offer.

But on the bleaker side of things, Austin is one of the worst cities in America for minimum wage earners. Texas’ minimum wage is the same as the federally set wage, and Austin hasn’t set their minimum wage any higher. You’d need to work over 38 hours each week just to pay off your monthly rent.

Only a few hours away from Washington D.C., Virginia Beach is a popular weekend destination. It’s got plenty to show off, including two state parks for the nature lovers, three beaches for beach bums, water activities for the adrenaline junkies, and great food for everyone! With an estimated population of 450,224, its many residents make it the largest city in Virginia, growing at an annual rate of 0.03%.

But along with this comes a cost of living that’s higher than both, the state and national average. Pair this with the $7.25 minimum wage, and you’re likely to have to work around 36 hours a week to pay off that rent.

Yet another city from Texas makes it to the list as Plano’s minimum wage is still at $7.25. It has an estimated 2020 population of 285,537, and this has increased by 9.89% since the last official census in 2010. Plano certainly has seen growth in its history; it’s come a long way from its days as a secluded farming community and is now home to a thriving business environment and a strong economy.

But it doesn’t look like this growth will be reflected in its minimum wage anytime soon; this could be particularly problematic considering its higher-than-average cost of living. You’d have to work around 39 hours a week to pay off your monthly rent.

San Francisco is California’s 4th largest city, with a population of 883,255, and an annual growth rate of 0.10%. It’s famous for the Golden Gate Bridge, but the city is so much more than that. It has a clear personality of its own, reflected in the residents. The ever-present fog has a name (Karl, if you’re curious), and there’s always something or the other happening in the City by the Bay.

Plus, the first on our list, its minimum wage is actually higher than the federal mandate, at $16.07. But before you get your hopes high, there’s a lot that this wage needs to meet. A deeper look into the belly of the beast shows that nasty side – the cost of living soars as high as its hills. One of the most expensive cities in the US, you’ll need to work around 38 hours a week to pay off the rent; the minimum wage may not be enough to cut it.

When people think of Silicon Valley, San Francisco comes to mind. But the true capital of Silicon Valley is San Jose, right in its heart. The two cities are quite similar yet have stark differences. The most obvious difference is the vibe and culture; while San Francisco has it in spades, San Jose lacks it terribly. But what it lacks in personality it makes up for in terms of job opportunities, since the average salary is $102k a year.

Another similarity is that both cities have an increased minimum wage, yet their costs of living are too expensive for the wages to be enough. San Jose grows at an annual rate of 0.17%, but nothing compares to its high cost of living. Over 35 hours of work a week should be enough to pay your monthly rent.

Right across the bay from New York lies Jersey City, the 2nd most populous city in New Jersey. Though not as glamorous as New York, Jersey City certainly has its own glam and has been successfully attracting more and more people to it each year. Its current population count is at an estimated 258,523 and has grown by 4.41% since 2010’s census.

The point of significance is that Jersey City’s minimum wage is at $12, and more importantly, is set to increase in the coming years. Reportedly, the state of New Jersey is working towards increasing it to $15 an hour by 2024. What makes it one of the worst cities for minimum wage earners is the high cost of living and unemployment rate. Plus, with housing costs that are a frightening 89% higher than the national average, owning a home may take longer than you’d like.

Boston has an estimated population of 695,506 which is steadily increasing at a rate of 0.21% each year. There’s lots behind the steady stream of people headed here, from the baked beans to the bars, from Fenway Park to the Boston Marathon. But none of this is worth it if you struggle to make ends meet.

Minimum wage earners in Boston will earn $13.50 an hour, higher than the federally mandated $7.25. But this wage needs to be able to keep up with a cost of living that’s 48% higher than the national average. Although just a few dollars below the livable wage, this just isn’t enough to live comfortably on a minimum wage in Boston.

Founded way back in 1682 by William Penn, Philadelphia has aged like fine wine, albeit with a fair splash of contemporary pizzazz to go with it. The city is one of the oldest in the US and is replete with history. Yet, Philly has succeeded in merging the old with the new and is a great place to call home. With an annual growth rate of 0.03% contributing to its 1,585,010 population, Philadelphia is the largest city in Pennsylvania.

But despite its growth, the minimum wage remains a measly $7.25. Coupled with the high cost of living, you’ll need to work over 35 hours a week to pay the rent.

Where Can You Live Comfortably On Minimum Wage?

What City Has The Lowest Minimum Wage?

What City In America Has The Highest Minimum Wage?

The poverty line in 2021 for families of 2 is $17,420, but with the current federal minimum wage, full-time employees only earn $15,080 a year. $7.25 as the minimum wage hasn’t been changed in over 10 years, a time frame during which practically every aspect of life in America has only gotten more expensive. It’s clearer than ever that the minimum wage rate is far from enough to sustain anybody. Several people have raised this issue, and currently, the Raise the Wage Act of 2021 is in the works.

If enacted, the Act will phase in a $15 minimum wage by the year 2025. This will effectively raise the earnings of 32 million workers, comprising 21% of the workforce. In the meantime, several cities are in the process of raising their minimum wages. Keep checking our website Moving Astute for more information on this, as well as any other moving-related doubts you may have.