How Much To Tip Movers 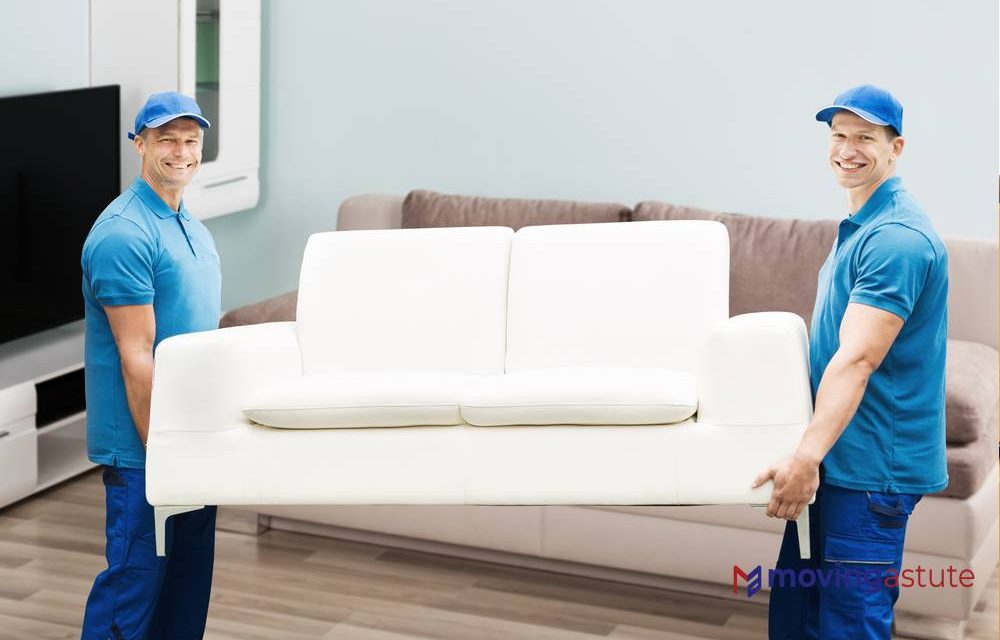 The process of moving isn’t easy and it comes with a lot of challenges and physical effort. We get that doing everything by yourself can seem like an appealing prospect since it saves one a lot of money, but it might not be the best. Since moving is stressful, a large majority of the residents are now hiring moving services that offer everything from just individual services to full-service moving packages.

Employees of the moving company you hired have to put in a large amount of effort and physical labor to make your move successful. It’s always nice to loosen your purse strings and tip them if they’re going out of their way to make the move convenient for you. This will also make the people you tip happy and encourage them to continue working well for you. But the big question is this – how much to tip movers?

Factors To Consider When You Tip Movers

Before you consider tipping your movers, ask yourself this question – why are you tipping them, and for what factors? Answering this question will help you determine how much you want to tip them. Similarly, considering the factors we’ve given below will help with the estimation process.

1. The Complexity Of The Move

The complexity and demanding nature of your move is going to be one of the first factors you can look at when you consider giving your movers a tip. When the movers you hire have to move heavy cargo or have additional challenges in their path, you can be more generous while you tip them. For example, if the movers are moving items that are heavy like pianos or large appliances from your fifth-floor apartment, it can become quite a feat to achieve. At the same time, if your movers need to use special equipment for your move like a crane, you might want to follow the same guidelines.

The different questions you can ask yourself to see how challenging the moving trip was can be:

In terms of the additional tip, you can give $20 to $50 additionally to every mover.

Climatic conditions during your move also play a very important role in determining how taxing the move can be for the movers. It goes without saying that if the conditions are extreme, and the movers do their job smoothly, you must consider being more generous with your tip. For example, moves during extreme cold or heat can make things more challenging for movers, and you can tip them based on the number of hours they spent on the move.

The quality of the service that the movers offer will also help determine how much you should tip your movers. While some movers can behave in unexpected or rude ways, there are some that go out of their way to make the entire move more bearable and smooth for you. On the latter occasion, it’s best if you consider giving them a generous tip.

There are other factors that you must look at – if the movers wrapped your belongings properly, if your furniture was hauled in the right manner and not like bags at the airport, did the movers show up on time, did they do their best to reach your destination on time, etc.

4. What Else Are You Providing During The Day?

Another thing you can take into account when you consider giving your movers a tip is the different things you’re additionally providing during the day. For example, if you’re the one giving them food and refreshments, the tip you give them can be a lower sum. If you’re also providing things like blankets, take, or other supplies that the movers were supposed to get themselves, your tip can be a lower amount.

5. Number Of Teams You’re Working With

If you’re being moved by a much larger team for a move that could have been handled by few people, the amount of effort exerted by them will not be as much. So, you can decide the tip accordingly since the move doesn’t become as complex. On the other hand, for example, if only two people are taking the burden of a move that could do with more helping hands, consider giving them a higher tip.

We believe that you can refrain from tipping movers if their service is not up to the mark. A tip is usually given to show gratitude for a job that’s done well. As the process of moving can be challenging, there are always certain things that might displease you. These could be anything from poor communication on part of the movers, damage to your belongings due to aggressive handling, the process being started late without reason, etc.

Below we’ve given you a comprehensive list of when you can choose not to tip your movers:

One thing you must note is that many moving companies have a no-tip policy. What you can do to be sure is give the moving company a call before the move and ask about the same. If the policy does apply, you can show your gratitude to the movers for their excellent job through other means like giving them food or refreshments, especially on days that are excessively hot or cold.

What Modes Can I Use To Tip Movers?

Like we’ve said before, moving companies that carry out long-distance moves usually include the tip amount in their overall moving cost. When it comes to smaller companies though, the same might not hold true and you might decide to give them a tip. But what’s the best way to do that? We give you a few options below:

How Much Should I Tip Movers?

Finally, after you’ve considered all the points that we’ve told you to, it’s time to answer the most important question – how much should you actually tip movers? As a rule, it’s best to offer a tip that is 5% or 20% of the total move cost. It’s best if the tip is anywhere between $20 to $50 per mover. Keep in mind that this sum is an average and you can choose to increase or lower this amount.

For smaller and simpler moves, $20 to $30 would suffice, whereas, for moves that are more complex, $40 seems like a good tip. Also, note that it’s important to tip the movers individually if it’s a large team instead of handing a bulk of the sum to the head or the foreman. This will ensure that your tip reaches the intended people. Also, it’s best to tip every mover the same amount so that there’s no animosity. However, if someone goes out of the way to help as compared to the others, you can consider giving them a higher tip.

Do you buy food for movers?

As we’ve mentioned before, if the moving company has a no tip policy, giving them food and refreshments is one way to show your gratitude. But, don’t limit yourself to this, just providing food for your movers is also a nice gesture, especially on hot days.
We’ve compiled a list of things that can help you figure out when and how to offer food for your movers:

What’s important to note here is that when it comes to long-distance moves, multiple teams might handle your move. For example, one crew will handle the loading while another crew might be in charge of handling the unloading. At such an instance, it’s best to tip both crews once their respective jobs are done. On the other hand, it goes without saying that with local moves that are less than 50 to 100 miles, you can tip the crew after they unload, since the crew will be the same.

Are you supposed to tip furniture delivery guys?

It’s not necessary for you to tip furniture delivery guys. However, if you want to, you can give them a $5 to $10 tip. Also, as we’ve mentioned before, don’t forget to judge based on how complex the move was and then tip.

Do you tip mattress delivery guys?

You don’t have to tip them if you don’t wish. However, if you want to, keep close to the benchmark that’s around $5 to $20. Remember that the higher up you live, the more you can tip them.

The service that movers give is invaluable as the employees do their best to take care that the process goes with ease for you. At the same time, movers are also at constant risk of injury to life since they haul large materials. Movers are also trustworthy and take care of your possessions like their own. However, this invaluable service often goes without appreciation most times.
Giving your movers a tip can help encourage them to perform in a similar way in the future while also keeping the feeling of goodwill between you. We hope that our piece has given you enough information to understand when and how movers can be tipped. Even if you don’t tip your movers, don’t forget to sincerely thank them for the services they’ve offered, especially if they’ve done a pretty good job at making the process stress-free for you.

Joshua Haley has extensive knowledge and expertise in the moving industry, having accumulated more than seven years of experience through multiple moves between different states in the United States. His passion for helping people make successful transitions with minimal stress led him to launch MovingAstute.com – a website dedicated to provide users helpful tips on making their relocation journeys go as smoothly as possible. Joshua's proficiency lies in his expertise of relocation, moving, city guides and real estate - all disciplines which he has previously worked on as a freelancer.

Hi! I’m Joshua. Ready to get an awesome price quote for your move?
Final Step! Hi , your quote is ready. I’ll send you a quick text to verify your phone number!
Please enter the verification code you received via Text message.
Hi , Thank you for submitting the details. The estimated cost of your move from to is .

Wait, you're just a few clicks away from comparing reputable movers.