7 Cities with Most Bicycle Commuters Per Capita 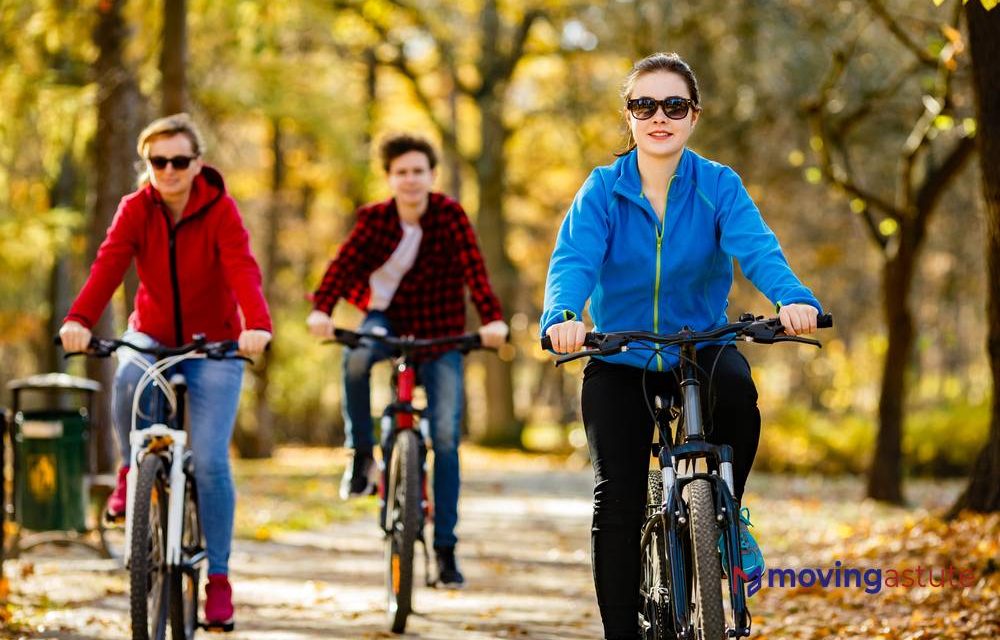 Cycling as a mode of transportation comes with a host of benefits of which health and saving money are only the basic ones. While it is a source of exercise and you do end up saving so much on fuel or even the money spent on buying a vehicle, a city with a higher number of bicycle commuters has relatively cleaner air and a better environment. That itself makes a huge difference in the quality of the residents’ life.

For city dwellers, bicycles reduce the hassle of finding parking spots too. Then let’s not forget, it is easier to learn to ride a bike than to drive a car. With a host of undeniable benefits of bicycling, it’s only natural that you would want to know all about the most bicycle commuters per capita. So here is a list of cities in the US you could consider moving to.

7 Cities With Most Bicycle Commuters Per Capita

The city has a flat topography and it has often been said that while America was building itself up for cars, Davis was building up for bicycles. Now, on today’s date, 98% of the streets in the city have provisions for bicycles. It’s not hard to live without a car in Davis, with the city being well connected by rail and there being ample bus facilities for the residents.

When it comes to the economy, the top employers in Davis are the University of California, City of Davis, Sutter Davis Hospital, Safeway, United States Department of Agriculture, Target and the Pacific Gas and Electric. Davis is a small town and it is a close-knit, environmental-conscious community that is largely student based and loves to picnic on weekends. There is a farmer’s market that takes place twice a week and true to the nature of a student city, there are also a number of art walks and centres for inculcating that culture and broadening horizons. The city can best be described as a writer’s dream, a place where people ride bicycles and study and appreciate art in their free time.

Berkeley is a city known for its political activism and socially liberal attitude, which the extremely diverse population can attest to while carrying the ‘everyone is welcome’ mindset. The city is spread across an area of 17.66 square miles (45.73 km2) and has a population of 121,363 as of 2019.

Cycling in Berkeley is an important mode of transport with about 9.7% of the residents choosing it for their daily commute. The city also ranks high when it comes to the safety of people riding bicycles or walking. In fact, the University of California at Berkeley has incorporated policies, clubs and co-op rules for bicycle sharing to promote the overall culture of it. In fact, the University of California is the largest employer in Berkeley and is followed by the Lawrence Berkeley Laboratory, City of Berkeley, Bayer, Berkeley Bowl and others.

The city is also where many businesses have set up bases and have been the front-runners for others of their kind like Chez Panisse, Peet’s Coffee, Claremont Resort and Cody’s Books. Berkeley takes its parks and greenery very seriously along with having 165 of its buildings being ‘structures of merit’ with 49 of them being in the National Register of Historic Places. To sum it up, Berkeley is a bicycle-friendly small town that has nice weather and nice people.

The bicycle paths of Boulder have been constantly developed for over fifty years and that has gone into making the city one of the most bicycle-friendly in the state, if not the country. Almost all the streets have a clear bike-lane along with very specific bike paths. The Boulder Creek Path is one of the most popular routes for bicycle riding in the city. There are plenty of sunny days for the city and cyclists always take advantage of them.

An added bonus is that you can share it across your social media so you have better reach. For the economy of Boulder, research and tourism are the primary sectors. Some of the major employers are Array BioPharma, Ball Aerospace, Battelle, City of Boulder, Boulder Valley School District, Boulder Community Health and Boulder County. Boulder is also home to a critically-acclaimed orchestra that holds concerts throughout the year. It is also home to many dance companies. The city is also surrounded by open-spaces and natural reserves all of which is open to the public. These form an essential part of Boulder’s economy and culture and the everyday life of its residents.

Cambridge is best known as the home to two of the most famous universities – Harvard University and the Massachusetts Institute of Technology. It is very understandable that it is this strong student base that has made bicycle culture so popular in the city. Cambridge is spread across 7.10 square miles (18.38 km2) and has a population of 118,927 as of 2019.

The city has many bike paths, with one along the Charles River and another connecting the Minuteman Bikeway with the Somerville Community Path. Bike parking is easily available and is very efficient with several bike lanes transferring onto the sidewalk. Bicycling Magazine has rated Cambridge as one of the best cities for cycling and subsequent to that, the city of Boston has taken inspiration from it to improve its own bicycle culture.

Harvard and MIT are the primary employers in Cambridge. Cambridge is also home to some high-technology firms like Analog Devices, Akamai, Polaroid and others. There are also some pharmaceutical firms over here like GlaxoSmithKline, Pfizer and Shire. The presence of the universities has also brought some NGOs and think-tanks to the area like National Bureau of Economic Research, Cultural Survival and others. It is essentially a thriving student-city that lives an idyllic kind of life and does the work to spread and implement the idealism in the rest of the country.

Another city from Massachusetts, one that carries the reputation of being the ‘best-run’ in the state. Somerville is quite synonymous with city squares, busy neighbourhoods and entertainment venues. The city is spread across 4.22 square miles (10.94 km2) and has a population of 81,360 as estimated in 2019.

Somerville has a reputation for being ‘highly walkable and cyclable’ with almost 8% of the population using cycles as a mode of transport for their daily needs. The bike lanes are higher than the road, but separated from the sidewalk, all in an effort to make cycling easier and safer. Being one of the most bicycle-friendly cities in the country, Somerville recognises cycling as an egalitarian sport that benefits everyone, even the people who don’t use bicycles.

The top employer in Somerville is Tufts University, followed closely by ABM Industries, Cambridge Health Alliance, Somerville School Department and the City of Somerville. The industrial past of Somerville has played a part in the current culture of the city, one of them being the invention of the Marshmallow Fluff. The city also has a few points of interest and historic sites and has recently started investing in increasing its open spaces.

The state of California seems to be very popular for bicycle commuters. Pala Alto houses Stanford University as well as a part of Silicon Valley. The city’s namesake comes from a coastal redwood tree called El Palo Alto and means ‘tall stick’. Palo Alto covers an area of 26 square miles (67.35 km2) and houses a population of 65,364 as of 2019.

The League of American Bicyclists recently gave the city a gold star rating due to its extremely bike-friendly nature, facilitated by the green bike lanes and contraflow bike lanes. Then there are also trails for bikers where the shortcuts are clearly marked to make it easy for them. Some of the bike trails are the Adobe Creek Loop Trail, The Dish-Stanford Foothills and the Baylands Nature Preserve.

The city is important to Silicon Valley and employs above 98,000 people. Along with housing many technology firms, the city follows the cue of the rest of the Silicon Valley in terms of its economy. Palo Alto also runs a retail and restaurant trade, and a shopping centre that generates substantial revenue.

Portland is popularly known as the environment-friendly hipster city that carries a liberal and crunchy vibe. It covers an area of 144.98 square miles (375.50 km2) and has a population of 654,741 as estimated in 2019.

Portland is the largest city on this list that has the badge of being bicycle friendly. A total 6.3% of the residents commute to work by bicycle and that is almost 22,647 people. There are a total of 385 miles of bike trails with plans of adding more in the future. The League of American Bicyclists have given the city a platinum rating and Bicycle Magazine has ranked it at the first place for many consecutive years.

Portland’s geography has proved to be beneficial for a lot of industries and they have taken advantage of the low cost of energy, the resources and the interconnectedness with the other cities to set up a base in the city’s economy. Technology forms the crux of the economy with over 1200 companies here, leading to Portland getting the nickname of ‘Silicon Forest’, which is also a reference to the dense greenery around the city. Another prominent industry is that of outdoor gear and breweries. Portland is the ideal city in quite a number of ways – it is a place with a bustling economy that has still managed to maintain the sanctity of the nature around it. That’s the cue the rest of the country needs to take from Portland.

Everyday transportation forms a major part of a person’s day and it also occupies significant space in the individual finances, per month. Switching to a bicycle for such needs works on many fronts. It makes a great difference if the place that you are living in is also inclined and supportive of this lifestyle choice of people, which is pretty much the need of the hour for many considering the economic and environmental state of most places. Keep these conditions in mind when making any choice, along with the opportunities available in the place and the cost-of-living there. You will be better placed to make a decision that suits you. 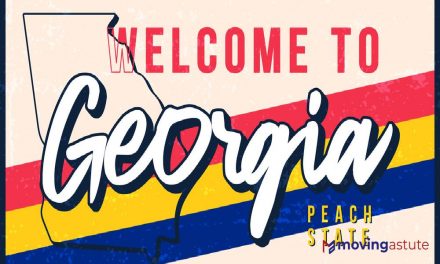 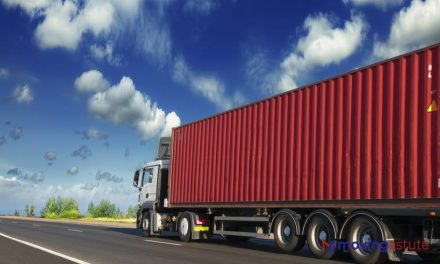 What Size Moving Trailer Do You Need For Your Move? 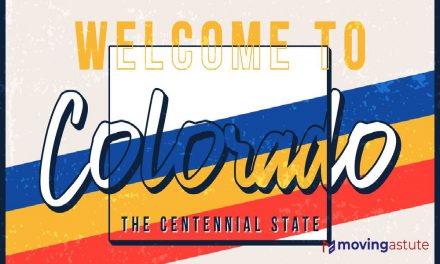 Moving To Colorado – Relocation Guide for 2022 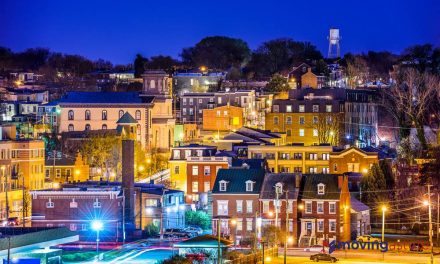 8 Reasons to Move To The Southeast