Moving To Delaware – Relocation Guide for 2022 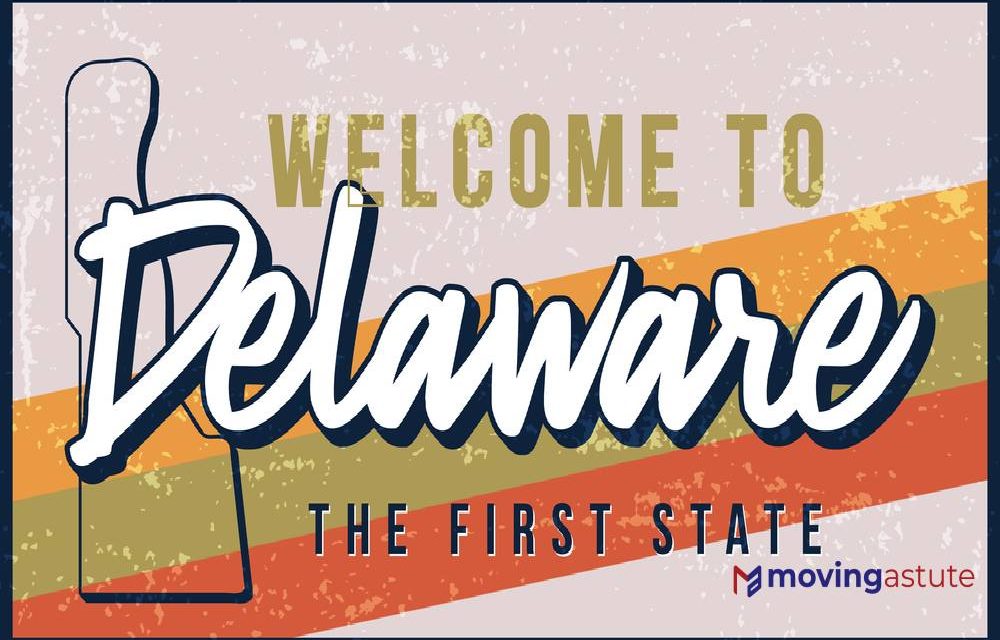 Located in the Mid-Atlantic region of the United States, Delaware gets its name from the Delaware River and has a population of as many as 973,764 people. You may recognize the state by its nicknames ‘The First State’, ‘The Small Wonder’, ‘Blue Hen State’ and ‘The Diamond State’. If at all you want to get rid of the chaos around you and move to a small state with lots of countryside towns that will make you feel warm and cozy, Delaware is just the right place for you. The state may seem quite small, no wonder it is ranked 49th in terms of its area compared to the other states in America.

You will be so mesmerized by the different colonial homes, beaches, Delaware’s rivers and lakes that you wouldn’t want to waste even a single second to take out your phone and capture the beauty that surrounds you. It’s not surprising that the state is nicknamed ‘The Small Wonder’. After all, scenic beauty like Bethany Beach in Sussex County and historical majesties like the Zwaanendael Museum are also found here. Although, Moving to Delaware means you should know a lot more about the practical aspects, so keep reading as we unfold the mysteries of the different amenities you’d find in the state.

What Should I Know Before Moving To Delaware?

The state has a total area of only around 1,982 sq mi, but don’t let the size of the state keep you from exploring the state. The state borders Pennsylvania to the north, while New Jersey and Atlantic Ocean are bordered towards the east and also the state of Maryland towards its south and west.

If you like being amidst nature, you should definitely take a stroll through the Brandywine Creek State Park. It’s the best place to surround yourself with the beauty of tulip poplar trees that are known to be more than 190 years old, and also the beautiful stone walls of the 18th century. You will be blown away when you drive through the breathtakingly beautiful Delaware Memorial Bridge which honored the lives of all the soldiers that passed away during the 2nd World War. You will see the beautiful Delaware River while crossing the bridge and you’re sure to get awestruck when you see the colors of the sky at dusk. There’s nothing more relaxing and calm than taking a walk on the soft white sand and clear water at the Rehoboth Beach in Sussex County. You definitely wouldn’t want to miss the sunrise at the beach which will take your breath away.

We want to remind you that your safety is a priority especially if you are thinking of moving to a new state. The crime rate in Delaware for violent crimes is around 4.23 per 1000 people according to NeighborhoodScout. So your chances of being a victim for violent crimes is around 1 in 237 people. The crime rate for property crimes in the state is around 22.52 in the state as stated by NeighborhoodScout. That basically means your chances of being a victim of property crime is around 1 in 44 people.

Delaware is known to have a humid subtropical climate as the state is a part of the Atlantic Coastal Plain which tends to affect the climate. If you want to enjoy the summers and get tanned at the beautiful beaches of the state, July is the best month to visit the state as the summers are quite hot and humid. The average temperature in summers, especially in the months of July is between 54 degrees Fahrenheit to around 86 degrees Fahrenheit.

Is It Expensive To Live In Delaware?

Delaware’s natural wonders may certainly seem charming to you. But, you also need to see whether you can afford the state’s amenities. Right from taxes, housing expenses, food and other necessities, you have to keep a track of everything before you plan to move in the state.

Cost Of Living In Delaware

According to Zillow, you will have to pay around $285,750 as your median home value in Delaware. An important thing to note is that the housing prices in the state have risen up to around $10.3% in the past year.

As per the data updated by HomeSnacks in December 2020, the average rent in the state of Delaware was $1,400 per month. You should know that this number is calculated with $0.936 being the average price per sq ft. At the same time, 1,495 sq ft was considered to be the average apartment size. What’s good is that the average rent in Delaware is lower than the national average of $1,650 by approximately %15.2.

Delaware has a relatively low unemployment rate of around 3.7%. The median household income in the state is as much as $64,805. The poultry raising in Sussex County along with the cultivation of soybeans contributes to the state’s economy. The Manufacturing industries, especially in the city of Wilmington, which is recognized as the state’s chemical capital, produce various petrochemicals and pharmaceuticals.

You might be surprised to know that the University of Delaware is ranked among the top universities in the world and holds the 63rd rank in the United States. Delaware has around 8 colleges and universities that will provide you opportunities with respect to research, masters, bachelor’s and other degrees.

The University of Delaware in Newark and the Delaware State University in Dover are the most prestigious universities in the state. These are one of the leading institutions in the state with as many as 23,009 enrollments.

The Delaware State University will also provide you with the Sea Grant College Program along with the National Space Grant College and Fellowship Program. If you are interested in law, the Widener University Delaware Law School is definitely worth considering.

You can connect to around 5 cities in Delaware through buses for which the bus ticket for the top most routes will cost you around $42. The cheapest bus ticket available for you would be around $11 whereas the most expensive bus ticket will cost you around $125 as per Wanderu. The Greyhound will provide you with the most comfortable bus service as it will connect you with around 2 cities within the state and from 139 locations outside Delaware. There is also the Sprinter Bus that will connect you to Delaware from 2 cities outside the state.

Your basic taxi fare in the state will be around $6.45. You will be charged around $2.17 per km, whereas the fare for one hour waiting taxi would cost you around $15. You can also book an Uber to roam around the different cities and towns in the state. Your basic fare in an UberX in Delaware will be around $2.55. If you book an UberXL, you will have to pay around $3.85. If you happen to ride in an UberBLACK, your basic fare would cost you around $7.

Best Places To Live In Delaware

Located in the New Castle County in Delaware, Hockessin has a population of just about 13,527 people. If you are a nature lover and love roaming around in the parks, then you will love the Swift Memorial Park. You can either enjoy playing various sports or just take a stroll through the park with your family. If you enjoy exploring the historical places wherever you go, then you should definitely stop by the Marshall Steam Museum, where the vintage automobiles, steam train and vehicles from the 40’s will leave you astounded. If you want to explore the wildlife and forests in the city, you must have the Brandywine Creek State Park where you can go explore the forests or go bird watching in the 2,000 acre park.

Located in New Castle County in Delaware, North Star has a population of as many as 7,980 people. You will get to experience a lot of hiking trails in the North Star City as it is located near the Delaware River. If you are in love with the sky, the stars and the moon, you should definitely stop by the Mount Cuba Astronomical Observatory where you will get a peek at the moon, stars and planets through the 0.6 metre telescope. If you want to go hiking or biking, you must definitely visit the White Clay Creek State Park and also explore the various species like the bluegill, crappie and the trout.

Located in New Castle County in Delaware, Pike Creek has a population of as many as 7,898 people. If you are a person who loves to explore the different historical exhibits, you should definitely go to Kennett Pike and see the Delaware Museum of Natural History where you will be amazed by the different animal and ecological exhibits. One of the popular attractions of this city is the Delaware Park, where you can enjoy horse racing and golfing. If you are interested in bird watching or taking a walk through forests and freshwater marshes, you will love the DuPont Center for Environmental Education which has around 200 acres of land near the Christiana River. The best thing about living in Pike Creek is that the city is just 5 miles away from the prestigious University of Delaware.

Is Delaware A Good Place To Live?

Although it is a small state, the natural wonders in Delaware are definitely worth exploring. You will enjoy the state especially in summers where you’ll enjoy the humid climate at the beaches especially in Sussex County. The state does not charge you any sales tax, however, the utility prices are relatively higher than the other states. So our advice would be for you to plan your budget with respect to your housing, commuting and other essential expenses. If it seems affordable to you and if ‘The State of Small Wonder’ has impressed you, then moving to Delaware should certainly be a good idea. 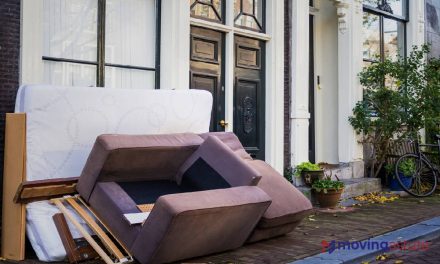 The Average Cost of Junk Removal 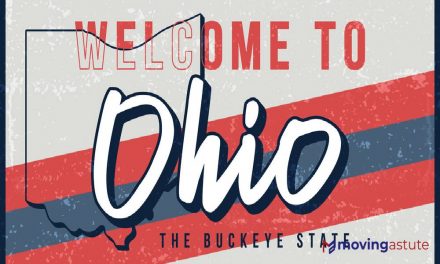 Moving To Ohio – Relocation Guide for 2022 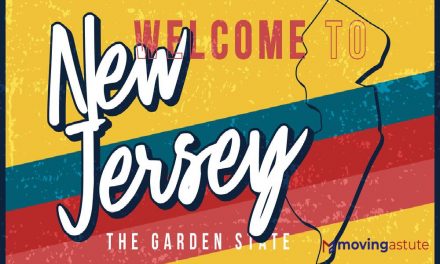 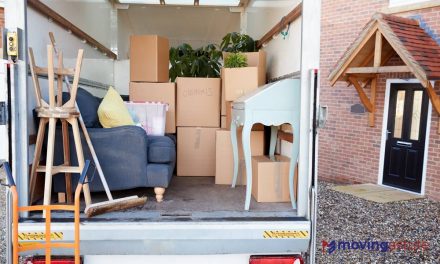 What’s The Right Moving Truck Size for Your Relocation?